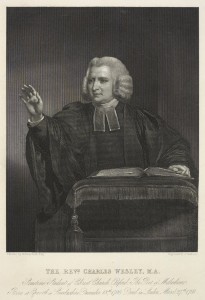 The people of the Black Country enjoy their drinking as much as they enjoy gambling and cockfights. Crude flasks full of the latest concoction from the British West Indies—that sugary drink called rum—travel among the gloved hands with fingertips missing. Several at the event sit on the outskirts of the crowd, too inebriated to stand. A scraggy-looking woman blurts out,

The cry of the short, overweight woman standing near the black-robed preacher is barely audible; she tightens her lips, exaggerating her chubby cheeks and her impatient frustration.

The woman is dressed in a sticky linen shift, called a smock by the residents of the West Midlands. The see-through garment reveals numerous clammy stomach rolls. Black soot from the furnaces that melt Birmingham’s iron mostly covers the outfit. The remainder of this Black Country ensemble is soaked in an ever-increasing supply of sweat. She tries again, this time as loud as she can,

Her fist-raised plea catches the attention of a tall, thin man dressed all in black. Under a wool cap, the deep trenches of his weathered face reveal a slight smile. Towering over everyone else in the crowd, he comments to several standing close by,

“You heard the lady.”

Several drunken men anxiously and mockingly search for a lady.

The slurred slight has several laughing, including the man in black and the constantly perspiring woman.

As the banter proceeds, the preacher slowly makes his way through the crowd. The disheveled appearance of the unruly group does not dismay his enthusiasm or affection for the crowd. He approaches the center of the gathering; one drunken man pats him on the back.

Spit flies from the heavy-tongued admirer. The preacher kindly acknowledges the intoxicated man and continues. The preacher who has bravely stepped into the cockpit is Charles Wesley, the younger brother of John Wesley. 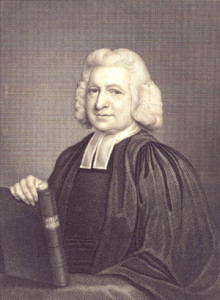 Once having the opportunity of adoption of their child by a wealthy family in Ireland, Charles’s father and mother were grateful when he refused the generous offer that would have brought ease and success. In fact, the person taken in his place became an Earl, the grandfather to the Duke of Wellington. Despite this opportunity declined, this son of a musician and pastor is an educated man, an Oxford graduate and an ordained minister.

In Birmingham, as well as in the majority of England’s working-class settlements fueling the beginnings of the industrial revolution, the brothers John and Charles Wesley are striving to lead a revival of the Christian faith. Their efforts to reform the clergy of the Anglican Church make them household names; however, most of the credit goes to John. Charles Wesley is the forgotten Wesley. Charles respects the hard work of his brother, but there are times when the lack of recognition stresses him. This stress drives his art.

For twelve years, Charles’s passion to write averages roughly three hymns each week. In fact, although many consider his brother John the architect and intellectual leader of the Wesleyan movement, it is the music and poetry of Charles Wesley that teaches, inspires, and wins the hardworking masses of England.

The Church of England does not favor the success of the brothers. Unfortunately for the state-sanctioned church, the enthusiasm of the movement isn’t taking place within the well-funded walls of that establishment or under the supervision of its clergy. Instead, John and Charles Wesley are winning the people by offering their liberating message of hope against traditional norms, outdoors, to the hardworking people of the countryside—those who would not dare to frequent a church, the “undesirables,” as expressed by the Anglican leadership.

To worsen the antagonism, the authentic lifestyle and religion of the brothers easily exposes the irreligious acts of the Anglican leaders, many of whom are inextricably linked to political corruption. To the Wesleys, God is more concerned with the salvation of the individual and less concerned with the continuation of a corrupt religious entity. The Wesleys respect the sacredness and orderliness of a church community, but they realize that it is the responsibility of the individual to get right with God. John and Charles are adamant that no association with a religious group, regardless of its political and social connections, enables one to achieve salvation.

The Anglican leadership, beneficiaries of the sacrificial contributions of numerous men of the past like Latimer and Ridley, are guilty of the same prejudice evidenced by their Catholic and Protestant predecessors two hundred years before. In the minds of the state-church leaders, the Wesleys and their followers are illegitimate Christians, even if John Wesley has made it clear that the movement subjects itself to the Church of England. In addition to the official refusal of the brothers’ efforts, those who disapprove of the Wesleys place another label on their efforts: they brand the trend “sedition.” Unfortunately, for John and Charles Wesley, like Latimer and Ridley two hundred years before, history is repeating itself.

Despite the heated efforts from the corrupt leadership of the Anglican Church, the Wesleyan movement continues to spread like fire amidst dry timber—mostly as it exposes the hypocrisy of the state-affiliated religious institution’s concern with material wealth, societal status, and access to the King of England.

At the cockfight, Charles Wesley has made his way to the edge of the gathering’s center. He steps over the bloodied remains of a dead rooster and enters the informal, shifting circle. The wet, blood-stained soil causes Charles Wesley to surmise, many battles preceded the one I viewed. The crowd begins to yell,

“Praise be for the brothers Wesley!”

Charles Wesley welcomes their approval, alert and aware that their loyalties can divert quickly.

Charles considers the group that stands, and sometimes sways, completely around him. He decides to open with the words that brought him expulsion from the refined church in the English town of Islington.

These are the words that England’s affluent congregations like Islington find offensive. They would never see themselves as outcasts. However, to the inhabitants of Birmingham, these words are a beautiful and thoughtful welcome. Charles Wesley continues,

The group’s verbal approvals grow in volume. Several men congratulate each other on their promotion from outcasts to harlots, publicans, and thieves. Once again, Charles speaks.

“He spreads His arms to embrace you all;

No need of Him the righteous have;

He came, the lost, to seek and save.”

The smiles of many in the crowd soften the hardened feel of the rabble. The tall, thin man in black rubs his left elbow with his right hand. He nervously places his right hand inside his trousers pocket and replies,

“Calling us to the prostitutes of Islington, are we?”

The crowd bursts into cheers at the comment. Charles’s gentle face sneaks a smile toward his rough-looking advocate. The citizens of Birmingham nod their approval at Charles’s authentic gesture toward the man. They are well aware of Charles’s religious work among the prostitutes and prisoners of the English town of Islington, the work that led the refined parishioners there to complain about Charles and ban him from preaching inside the church building.