Harry Hosier, the “African Wonder,” is unmistakably The Asbury Triptych Series’ hidden treasure.  A century before Frederick Douglass and Booker T. Washington, Harry Hosier, an ex-slave from North Carolina, emerges as one of Francis Asbury’s and America’s greatest orators.  His efforts thrive at a time when the nation and more importantly the church are turning in a new direction. 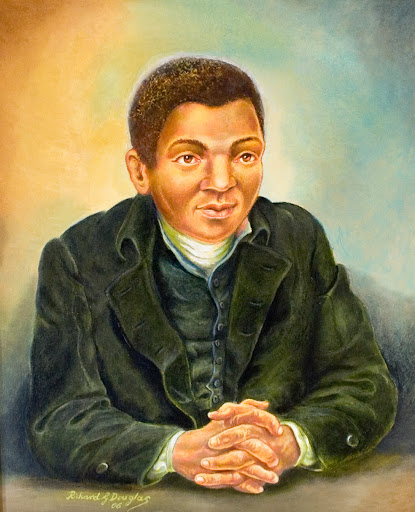 Who is the gentle Harry Hosier? The little man who can deliver a powerful sermon is the man who founding father and signer of the Declaration of Independence, Dr. Benjamin Rush, declares as one of the greatest orators of all time.  Does Harry Hosier mind living out of a saddle-bag and traveling the wild, virgin American forests?  Does he fear for his life when preaching against slavery in the southern colonies?  How did this African preacher become Francis Asbury’s traveling companion?

The Wesleyan movement in America is quick to embrace the Africans.  Consistent with the Bible and the teachings of John Wesley and George Whitefield, Francis Asbury, and his traveling itinerants deliver their life-changing message to all.  According to Booker T. Washington, “Methodism had started in England among the poor and the outcast; it was natural, therefore, that when its missionaries came to America they should seek to bring into the Church the outcast and neglected people, especially the slaves.” One of these lives invited into the Wesleyan community was Harry Hosier.

Yes, the gospel message will transform a life, but why choose to become a circuit riding preacher?  The life of an 18th-century circuit rider in the American wilderness is a life of arduous effort.  In addition to the great exertion required to sustain a life without shelter in the face of an open frontier, the traveling preacher risks physical harm from the wild animals that coexist in these challenging conditions and the unforgiving terrain of a never-ending forest.

As with most of the itinerants, Harry Hosier is not an educated man.  In fact, he is illiterate.  Despite his limitation, he can recite entire portions of the Bible as if reading King James’ version word for word.  Richard Allen, another African preacher called to the ministry by Francis Asbury, attempts to teach Harry Hosier to read.  Harry ceases the effort, citing that, ‘when I try to read, I lose my gift of preaching.’  The Quakers who know Harry Hosier are convinced that his illiteracy is proof that he preaches from Divine inspiration.

Is Harry Hosier a gifted orator?  Consider the incident in Wilmington, Delaware at the Old Asbury Chapel.  As the crowd gathers to hear Bishop Asbury, many find themselves standing outside the building, straining to hear through the numerous windows of the structure.  The sermon begins and continues for a while.  During the exhortation, one in the crowd exclaims, ‘if all Methodist preachers could preach like the bishop, we should like to be constant hearers.’  One inside the building responds, ‘that is not the bishop, but the bishop’s servant you are hearing.’  Unbeknownst to the man outside, Harry Hosier is not the slave of Francis Asbury, nevertheless, the man listening through the window responds, ‘if such be the servant, what must the master be?’   When he is not preaching to thousands of both black and white, Harry Hosier is the soft-spoken and brilliant companion of Francis Asbury.