What was American President, Calvin Coolidge getting at when he referred to this British citizen that, “He is entitled to rank as one of the builders of our nation?”

This is the topic of a new page added to The Asbury Triptych Series website. The article covers many of the outstanding effects of this young and unconventional British preacher who braved the American Revolutionary War, the wilds of a virgin forest, and a nation inhabited by many peoples in the land called America. Click here to read the entire article. 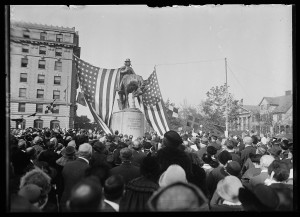