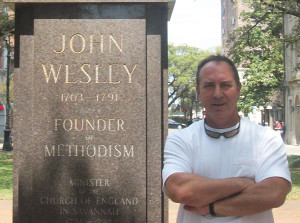 Al DeFilippo has always been a fan of stories from American history. Novels like Michener’s Chesapeake, movies like The Patriot and Silverado, and television series like Bonanza have always captured his imagination. However, he has never seen a story where the American hero is actually a British citizen. At least this was his experience until he met Francis Asbury.

The tone of The Asbury Triptych Series, the story of Francis Asbury written by Al DeFilippo, is like combining the movie Amazing Grace with the television series, Bonanza– truly a two-continent, 18th-century story where the hero wanders about, witnessing the transformation of a continent from thirteen fledgling colonies into a burgeoning nation. All this while never becoming a citizen of this new country called America.

Al DeFilippo is a Writer’s Digest award-winning writer. His passion is for writing the history of America’s founding generation- told through stories of individuals who exhibit a “fish-out-of-water” characteristic.

His involvement with the story of Francis Asbury started in 1996 when approached by an associate pastor at the Methodist church he attended with his wife and children. The Reverend David Broadbent asked Al if he knew what a circuit-riding preacher was. Growing up Catholic, Al had no idea what David was talking about. What was a circuit-rider and what did he do? When Reverend Broadbent told Al that he reminded him of a circuit-rider, it naturally piqued his interest. 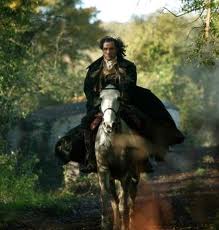 Following the advice of David, Al DeFilippo immediately went into the church’s tiny library. The library is quite inspiring, roughly 2000 donated books and videos (VCR’s at the time) lovingly given by the 1500 members loyal to the Methodist tradition. Al opened the card catalog, complete with a Dewey decimal system (by now the kids are going ‘what is a VCR and what is that Dewey thing?’). In the drawer marked A to At, he thumbed through the numerous 3 x 5 index cards, eventually arriving at Asbury, Francis.

Al DeFilippo quickly located the tiny paperback book by J. Smiley Collins, Francis Asbury, Man of Devotion. He signed the 3 x 5 card with one of the numerous number two pencils sitting in a cardboard box on the counter. He was on his way.

Drawn to the friendship of Francis Asbury and Harry Hosier, he knew that he had to write a story of this unique pair- a young inexperienced British pastor, away from his homeland, in a country at war with his homeland, and an ex-slave, traveling the 13 American colonies together during the American Revolutionary War.

Al DeFilippo’s first attempt to write this “fish-out-of-water” story was in the form of 30 four-minute radio episodes. At the time, he had a close friend who was doing a Friday night Christian Hip-Hop radio program. Al saw the 4-minute mini-dramas as a perfect fit for his friend’s radio program. Due to the inability to record the mini-scripts, he canceled his efforts to approach his friend Proverb, (host of Jam Session), to play them.

At about the same time, Al DeFilippo’s father completed reading the 100-page manuscript detailing his writings of the ministry of Francis Asbury and Harry Hosier and the radio episodes. His father called to advise Al that he should send a copy of this to Reggie White, the star of the National Football League. When Al asked why dad shared that there was no special reason, he just saw Mr. White on a television interview and felt that someone like him would enjoy reading about Asbury and Hosier. Al agreed to do so.

Roughly one month elapsed when a close friend of Al’s asked how his writing was going. He shared that nothing was really happening; frustrated with not being able to record some of the episodes, the trouble seemed to lie in the inability to pull together individuals that he wanted to act in the radio vignettes. Al DeFilippo also shared that his father wanted him to send the manuscript to Reggie White. Once Al’s friend figured out that Al had not sent the manuscript to Mr. White, he confronted Al. In a loving way, he informed Al that he was not honoring his father. His friend was right.

The next day found Al DeFilippo in the public library, trying to locate Reggie White on the internet. The internet of 1998 was very different from the internet of today. The best comparison would be the difference between the Wright Flyer and a Stealth Bomber. Eventually, he was successful in finding Reggie White’s church in Tennessee.

The subsequent phone call to Mr. White’s church had Al DeFilippo sending the manuscript to his church. On a Monday, the package went out.

The following Friday night, Al DeFilippo and his six-year-old daughter were playing in the living room after dinner. She was a very active child, one who loved her mother and new younger sister, but out of all the things in her little world mostly loved her daddy. The telephone rang as they wrestled and rough-housed with the ’60s and 70’s Pop and Motown music playing in the background. At approximately 8:00 Al picked up the phone. The deep voice on the other end clearly had an African-American feel, ‘Alfred?’

For the next twenty-five minutes, Al listened to a national figure tell him about his attraction to his story of Francis Asbury and Harry Hosier. He expressed how his Sunday school class had just studied John Wesley and the Wesleyan movement in America, surprisingly nothing was mentioned of Harry Hosier. As Al’s body slightly trembled from nervousness, he did his best to share his take of the story. Reggie, as he asked Al to call him, hadn’t told him everything yet. After the initial discussions about Francis Asbury and Harry Hosier, Reggie began, ‘not many people know this, but upon my completion of next season I am interested in producing stories for television.’ Was Al hearing correctly, a star of the NFL is going to retire after next season and produce stories for the entertainment industry? His throat went dry with nervousness. He could barely get the words out, didn’t matter, Reggie continued, ‘I would like to produce your story.’

Around midnight that night, Al’s daughter finally settled down from the amazing news that her daddy shared with her. On many occasions, she had watched him write and talk about the story of Francis Asbury and Harry Hosier. She was even excited about hearing that Reggie wanted the family to move to Colorado where he intended to set up his production company. About 3:00 am, Al DeFilippo was finally able to fall asleep.

The weekend of May 8th, 1998 will forever etch into Al’s memory. On each May 8th that followed since, he has consistently reminded his daughter, (she is now in college), as well as himself, of that night.

The production with Reggie White never materialized. However, it did not keep Al DeFilippo from continuing his research. Years later, the encounter with Reggie made sense. In time, Al learned that God was calling him to this story. He also was able to see that this project that he was totally enthralled with was for a future date. As many in history have done before, (including Francis Asbury), Al DeFilippo had to wait on God’s timing.

For those who like to accomplish tasks, waiting is a difficult concept. However painful the process may be, it is in the waiting that God molds and shapes those whom He calls. ‘Waiting time is not wasted time,’ these words of a very wise woman friend inspired Al to continue the research. In retrospect, Al admits that if the Asbury story had gone through when Reggie first called, it would have been difficult to experience success. According to Al DeFilippo, he was not accomplished enough as a researcher of Asbury. Neither did he possess anywhere near the minimum ability to write on such an amazing historical figure. Al still struggles with releasing the project at this current time, much more than a decade after his initial research.

In Al’s opinion, God has been preparing him for most of his life, to write about the period of America’s founding. He recalls how in elementary school he had the privilege of having teachers who dramatized American history through theater productions that Al DeFilippo participated in as an actor. He expresses his gratitude to the staff at Mary G. Clarkson Elementary School.

Subsequent to the radio episodes, Al has outlined a twelve-hour, television mini-series, he also has created several versions of a two-hour screenplay, one of which won the Writer’s Digest award. The novel series, The Asbury Triptych, is Al’s latest creation of the story of Francis Asbury.

Other results of Al DeFilippo’s extensive research of the period have spawned several ‘spin-off’ stories. Al has decided to postpone these additional ‘fish-out-of-water’ stories until the completion of The Asbury Triptych series.

Al DeFilippo contributes articles on occasion to the following websites:

Pentecostal Theology March 3, 2015 Article: Do We Have Room For Alcohol In the Assemblies of God? by Alan N Carla Smith