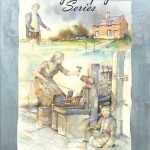 The media coverage of the deadly mass-school-shootings of the past few years hints at an argument that without fail, projects in opposite directions. On one side of the discussion of these awful crimes is the conversation which favors the taking away of guns. On the other side of the analysis are the judicious details of the inherent liberty and safety of responsible gun ownership. For all the debate and wisdom that is being offered, there is something obviously missing, something that has been absent from American dialogue for a long time. Even before America’s founding, the opinions of those who lived on this continent have taken the dialogue in a much different direction, in the direction of this missing element…

…When my seventeen-year-old daughter asked, “Dad, what are you trying to say?” my response to her was that the issue in any of these killings is not the gun, but the heart of the individual behind the gun. I continued that the founders of our nation knew that no army or police force would ever be large enough to stop such crimes if our society removed the influence of the Bible. As controversial as that may sound today, I challenge anyone to show me where else such wisdom can be found? You won’t find it in other religions. You definitely will not find it in utopian philosophies. Nowhere is the concept of loving your enemies or forgiveness to those who don’t deserve it, so obviously pointed out by its chief proponent than in the Bible, and specifically in the teachings of Jesus. Those who oppose this view judiciously hack away at the tree-branch upon which they stand. Our freedoms and liberties originate with this foundational truth.