This week’s post links once again to the My Methodist History website. The website dedicated to the retelling of the early years of Methodism in England recently created a special section for the Francis Asbury articles that will continue to come from this author. Hopefully, other writers will contribute to the detailed sharing of the amazing ministry of Francis Asbury.

This week’s article, Francis Asbury and Women Preachers, details the women preachers and teachers who the young Francis Asbury would have interacted with on his preaching circuits in England.

You may ask, John Wesley actually approved of women preachers?

“There are several women preachers and teachers who at the time of their interaction with Francis Asbury, (around 1765), were seeking approval from John Wesley to preach. Wesley still had not given full approval. Although, he already had taken a bold step by giving full approval to male lay ministers who felt called to preach, Wesley still was hesitating on this final approval for women who felt called to preach. He believed that some had a call of God to preach, his study of the scriptures and the success of his mother’s efforts convinced him of this. But his early efforts to reconcile with the Anglican Church kept him at this time from giving full approval for women to preach.”

Another obvious question which arises is, doesn’t the Bible’s New Testament forbid women to preach?

Again, from the article: 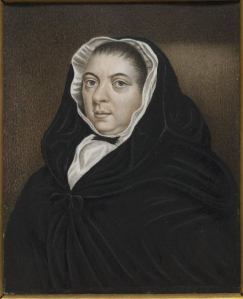 “As John Wesley began to figure out that the evangelical movement he started was never going to reconcile with the Anglican Church, he began to move into the direction of approving women to preach. The decade of 1771 to 1781 became the time for this transition. One of the most successful attempts at accommodating women to preach came from Mary Bosanquet. In a letter to John Wesley, Miss Bosanquet makes a sound argument in favor of this desired request. She argues that based on scripture, it is clear that in extraordinary times, women were called of God to preach. One of the convincing pleas comes from Mary’s citation of 1 Corinthians, 11:5, where the Apostle Paul admonishes the necessity of women prophesying with their heads covered.

I think the strength of the cause rests there, on your having an extraordinary call. So I am persuaded… St. Paul’s ordinary rule was, ‘I permit not a woman to speak in the congregation,’ yet in extraordinary cases he made a few exceptions; at Corinth in particular.”

From early in his life, it seems that Providence was preparing John Wesley for this unpopular decision- allowing women to preach by his childhood which clearly experienced the preaching and teaching of many people by his mother, Susana Wesley. 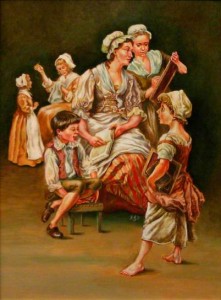 “For John Wesley, the lessons learned from women in leadership began in the most unlikely place. Within the confines of the strict and orderly environment of his father’s ministry, the Epworth rectory, John Wesley gained his first brush with female leadership and women preaching through the example of his mother, Susana Wesley.” The article continues: “Susana’s preaching and teaching were not limited to her household. Her public efforts are well documented. Her ministerial efforts were well known by the citizens of Epworth, many of which attended preaching and teaching when her husband was away on preaching engagements. Again from the article: Eventually, she began to conduct evening prayers for her family on Sundays. This effort grew to a point where the activities resembled a religious service, eventually becoming a form of public worship for the local people of Epworth. At one point, several hundred people attended her weekly efforts.”

The Women Preachers and Francis Asbury

So the obvious question arises for this post, who were the women preachers that ministered with Francis Asbury in England before he departs for the American Colonies? You will have to visit the My Methodist History article to find this out. Enjoy.

If you are feeling truly adventurous, there is a 9,000-word treatment of the subject of women preachers and Francis Asbury on The Asbury Triptych Series website. Please feel free to visit this detailed writing.