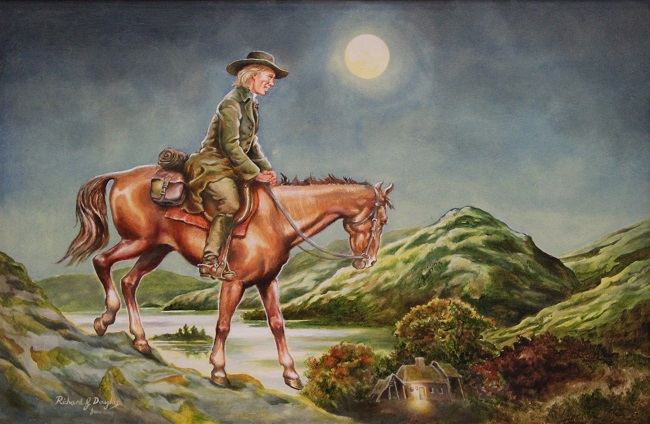 This post dedicates to the kind artist, Mr. Richard Gilmore Douglas of Thirsk, England.  An extensive amount of his work, portraits and paintings of John Wesley, the Wesley family and Francis Asbury, resides at the B.L. Fischer Library of the Asbury Theological Seminary in Wilmore, Kentucky.  Mr. Richard G. Douglas recently blessed my efforts of designing the Asbury Triptych Series when he graciously donated four paintings for my use in the book series.  The paintings are available courtesy of the B.L. Fischer Library. 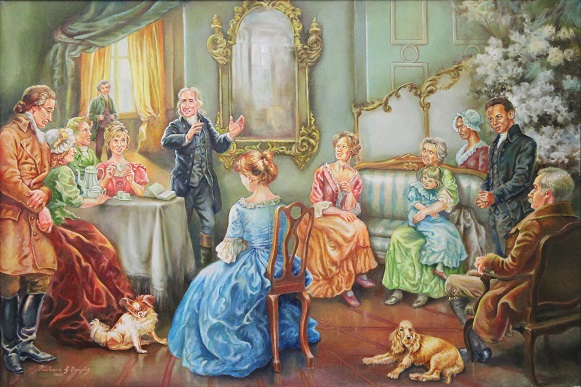 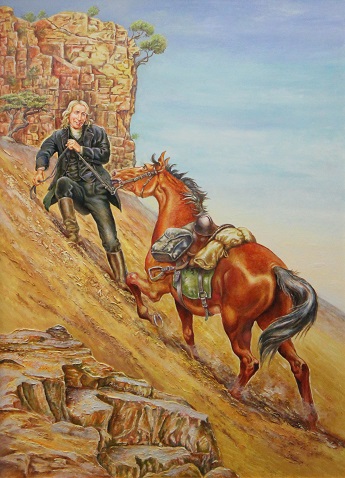 Health problems forced Mr. Richard G. Douglas back to England; taking a position at Eskdale School in Whitby, England teaching religion and art.  In the evenings and off times, he continued to paint.

Upon his retirement, Richard G. Douglas devoted his full effort into not only painting the brothers Wesley and Francis Asbury but also researching the 18th century in order to incorporate his findings into the artwork.  He became one of the world’s foremost authorities on the early Methodist leaders.

The BBC, the Asbury Seminary in Kentucky and the Virginia Wesleyan College have displayed his life’s work.  In addition to the color portraits and paintings, Richard G. Douglas has created many black and white drawings of the Methodist figures. 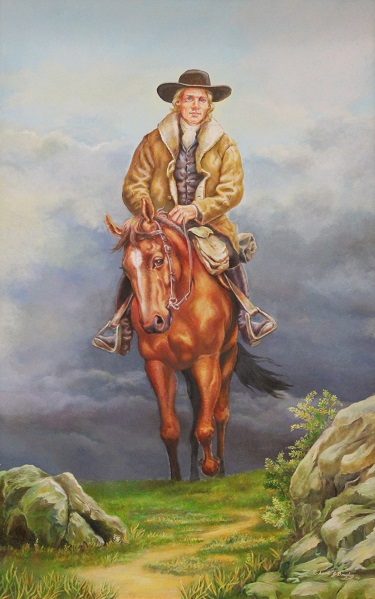 It was my intention to have Mr. Richard G. Douglas paint the cover for the first book in The Asbury Triptych Series, Black Country.  The book is unique, one of the few works dedicated to handling Francis Asbury’s first 26 years in England, quite possibly the only work dedicated solely to this period of his life.  The cover demanded a unique painting.  Unfortunately, many who have painted Asbury have failed to create a work dedicated to Asbury’s birthplace, the Black Country of the West Midlands of England.

Mr. Richard G. Douglas bravely attempted to create a new painting for Black Country, unfortunately, his bout with Parkinsons Disease inhibited him from accomplishing the task.  His revelation that he attempted the work despite his ailment brought tears to my eyes.

Richard, I am honored that you would brave a dreaded disease in order to aid my efforts.  Your unselfish act of donating the four pictures above and your self-denying act of attempting to paint the cover of Black Country serve as a contemporary model of the Asbury-like dedication that inspired me to write about Francis Asbury.