Although Francis Asbury was a life-long Methodist, the early conversion experience of Francis Asbury attributes to a traveling Baptist preacher. Although this Baptist itinerant fails to name in historical writings, the individual narrows to one preacher who was prominent in the West Midlands at the time of Asbury’s 13th year, his conversion year in 1758.

The Baptist itinerant who aided Francis Asbury in his conversion was David Taylor.

David Taylor was a traveling shoemaker and salesman. He was at one time in his life the past chamber master for the noble family of the Countess of Huntingdon. Upon David’s conversion to Christianity, Lady Selina, the Countess of Huntingdon encouraged him to begin preaching. Taking advantage of her friendship with John Wesley, Lady Huntingdon arranged for David to become a traveling preacher for the Wesleyan movement. David’s efforts eventually led to the formation of societies, which slowly adapted Baptist principles.

These General Baptists[1] became vigorous workers for the kingdom of God and enjoyed their friendship with the Wesleyans. David was largely responsible for the successful Barton-in-the-Beans Baptist Church. From there, he and several others reached out into the surrounding communities of Warwickshire, Derbyshire, and Nottinghamshire. 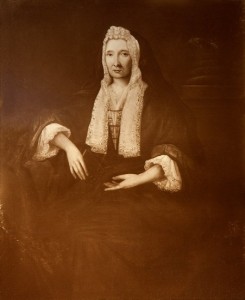 David owes much to the daughter of the Earl of Ferrers, Selina, Countess of Huntingdon. Selina was married to Theophilus Hastings, Earl of Huntingdon. Two of her sisters-in-law, Lady Margaret Hastings and Lady Elizabeth Hastings, became fond of the brothers John and Charles Wesley, as well as George Whitefield, the Oxford Methodists. Due to a bout with severe illness, and becoming bored with aristocratic life, the Countess gained a saving faith through the influence of her sisters-in-law, Lady Margaret and Lady Elizabeth. Lady Huntingdon also became a fan of the leaders of the Oxford Holy Club, George Whitefield and the brothers Wesley.

At one point in her faith walk, the Countess’s husband sent for an Anglican Bishop to restore her to a “saner mind.” The learned Bishop tried to woo her from the Methodist leaders, but failed miserably. At one point in the unpersuasive arguments, the Bishop expressed his regret about ordaining George Whitefield. In typical Lady Huntingdon style, she gave the Anglican leader the following reply: “Mark my words, my Lord: when you are upon your dying bed, that will be one of the ordinations upon which you will reflect with pleasure.”

In the year, 1746, Lady Huntingdon became a widow. From this point forward, the spreading of the Gospel message became her life’s passion.

Moving in the most aristocratic circles, Lady Huntingdon was not ashamed of her “lowly” Wesleyan friends. She invited John Wesley to her residence at Downington Park, where, in the midst of the pomp and circumstance, he preached to her stylish acquaintances. His message was well received. On another occasion, she sent for Whitefield. He too met with much success among the Countess’s well-to-do friends.

The efforts to preach to the women bedecked with elegant plumes on their heads led many of high society to become devout Christians, but there was the occasional skeptic. One fair lady, the Countess of Suffolk, burst into a violent rage as she castigated Lady Huntingdon to her face, proclaiming insult by the “cross-eyed preacher’s” (Whitefield’s) words. Upon completion of her diatribe, she departed, never to associate with Selina again.

This event failed to destroy the evangelistic determination of the noble lady, instead inspiring her to greater heights for the kingdom of God. She consistently demonstrated her courageous zeal by her generous donations to the cause. She reduced her personal expenditures, even going so far as downsizing her residence in order to support traveling preachers. These same funds built chapels for the poor. She discharged her personal servants, one of whom was David Taylor. She sold the luxurious carriage and ancestral jewels to aid in the acquisition of theatres and halls in England, Ireland, and Wales, which were quickly converted and opened as places of public worship. She also had given generously toward the founding of Princeton College in the American colony of New Jersey. Her donations to the cause of Christ were fast approaching half a million pounds.

Initially, Lady Huntingdon raised a small controversy with John Wesley. Her practice of encouraging a lay ministry with new converts did not sit well with the founder of the Holy Club. But as she did with David Taylor, she was quick to gauge the authenticity of a man’s faith, and felt no hesitation in sending and supporting David and others like him to preach to the populace. This practice, as well as the traveling system she was establishing, served as another confirmation from God for John Wesley to send forth his preachers. Although this practice of sending out men new to the faith put her at slight odds with the Wesleys, the disagreement eventually faded in light of the great work that some of these men were accomplishing, men like the Baptist shoe salesman, David Taylor.

Her passion for the island nation inspired Lady Huntingdon to devise a plan for the evangelization of the entire kingdom. Methodically, she divided the nation into six districts. In her mind, each district would require regular visits by what she termed “canvassers,” traveling preachers who would spread the Gospel throughout the entire country.

The canvassers quickly became household names, not only for their connection to members of the nobility, but also because of their successful labors. Men like Henry Venn, John Fletcher, William Romaine, Augustus Toplady, and Martin Madan, as well as Whitefield and the brothers Wesley, have become the most popular dissenting ministers[2] in all of England.

Nor have her efforts been aided solely by the labors of men. Many of her noblewomen friends have accompanied her on numerous tours throughout England and Wales, these outings in support of her many canvassers. Despite the success, she and her ladies chose to take a more private approach to the outreach, counseling the new converts behind the scenes. In addition to teaching the new believers, these titled women shared their personal conversion experiences and offered administrative advice to the traveling preachers in their efforts to conquer new territories. Lady Huntingdon and her workers were especially eager to reach the villages of the West Midlands. Much of this effort accomplished through the Baptist itinerant David Taylor

The evening, resupplying the Asburys’ shoes and praying with the family were David Taylor’s reasons for visiting the Asbury family. Unbeknownst to David Taylor and his chief encourager, Lady Selina, David’s efforts were destined to bless the strange new land called America.

[1] These believers did not condemn those who baptized their infants, but emphasized that adult baptism by immersion was necessary for proof to the community of true conversion. This view, in addition to the belief that baptism is essential to community but not a requirement for salvation, they held in common with the Wesleyans.

[2] Evangelical Christians opposed to the stoic rationalism of the Church of England.