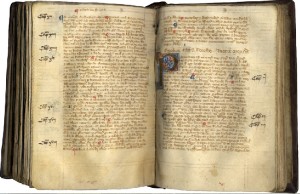 On June 15th,in 1215, drawing sharp criticism for his lifestyle—which exhibited an attitude reflecting a king who thought he could live above the law—the leadership of the Catholic Church asked King John of England to sign the Magna Carta. The Archbishop and the Catholic Church of the thirteenth century had long disliked the King’s domestic actions, as well as his foreign policies. There were arrests and punishments by the King, punishing or imprisoning free men without lawful judgment. The Magna Carta dealt with these issues, providing lawful judgment by judges governed not by a king, but by the law of the land.

However important the items inside the Magna Carta may be, the everyday details of the document are far from the most important principles of the Magna Carta. Long before the establishment of the British Parliament, the thirteenth-century document affirmed that there is a supreme law, above civil governments and, ultimately, above the King, and that these laws of the land were inspired by this eternal fact.

Can you grasp the significance of the document? Does this historic document fascinate you? You may ask, why such emphasis on the supremacy of Law? The answer is simple, for we are all subject to God’s laws—the world around us, the laws of nature. And the world according to its Universal Sovereign, nature’s God.

Before any man is a citizen of civil society, he is a subject of the Great Governor of the entire universe. What I am trying to convey is that just as the Creator provides the contents of one’s spoon at dinner time, so is English law and subsequently American law. Our laws and our ability to make and judge laws come from the Creator. No civil law should ever violate the Law of the Sovereign’s revelation. No civil law should ever violate the Law of Scripture. These words are not mine; they are the words of those who were inspired by the Magna Carta, men like the political philosopher, John Locke and the French lawyer, Baron de La Brède et de Montesquieu.

The Magna Carta is undoubtedly the foundation of English-speaking governments. And this concept that all of humanity is subject to the Creator is the bedrock principle that emerges from the Magna Carta. 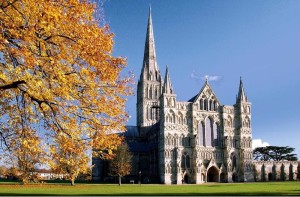 At the Salisbury Cathedral in the beautiful countryside of Wiltshire, England, Francis Asbury had an opportunity to see the Magna Carta. For Francis Asbury, this was his first time viewing the magnificent cathedral at Salisbury. Francis’s keen eye for detail, a trait he undoubtedly inherited from his father, should have been nearly overwhelmed as his thoughts raced from the tallest spire he had seen to date, (1768, his third year in John Wesley’s traveling ministry) to the intricacies of the stonework which covered the impressive building. His eyes most assuredly left the peaks of the spires and dropped to the roof lines; each superbly steep and covered with lead. The details of the English Gothic architecture must have been nearly impossible to grasp for a poor boy, an ex-nailer from the West Midlands of England.

Undoubtedly, Francis Asbury was taken with his first view of the Salisbury Cathedral. The groined-arch covered walkways, the quatrefoil windows with cast-stone surround, the more than 70,000 tons of Chilmark and Purbeck stone, the roof with its 28,000 tons of oak and 420 tons of lead—each of these deserves limitless time to consider. There is even a fourteenth-century clock. However, as glorious as these items are, it is something much more valuable that men throughout the centuries have come to see: the document that resides in the chapter house, the Magna Carta. 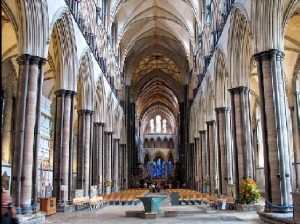 Once inside the north aisle entrance, Francis should have been easily amazed to discover an enormously large space. Running longitudinally from his right to left, the eighty-five-foot ceiling height gives the appearance that the nave is narrow, but the space is actually seventy-eight feet wide. Large stone columns line both sides of the interior, which is in the shape of the cross. On the left is the focal point of the cathedral, the Trinity Chapel. This impressive and ornate area is reserved for worship. Passing through the quire area, and veering to the right, toward the vestry which leads to the sacristy and the upstairs destination, is the location where the Magna Carta resides, the muniment room.

At the time of the visit by Francis Asbury, the muniment or document room at the cathedral contains more than six centuries of statutes and ordinances of the governance of the cathedral, culminating in the year 1697. The copy of the Magna Carta at the Salisbury Cathedral at this time was handed to the first Earl of Salisbury, William Longespée, when he was present with the author, Stephen Langton, and the monarch, King John, at the signing of the document. Entering the dimly lit room, Francis would have been greeted by a musty smell. Looking toward the ceiling, he would have noticed an oak-beamed roof supported by a single wood column in the center of the room. In addition, a large wooden cope chest, in the shape of a half-circle, would have sat along one of the eight walls of the octagonal room.

The cope chest stands on several wooden legs fifteen inches above the floor. The case itself is twelve inches deep and has a large wooden lid operated by a rope lift. Above the chest, the rope is weaved through a windlass, the pulley easing the opening operation.

In the book, Black Country, Al DeFilippo has Francis Asbury walking forward to touch the top of the wooden chest. He inquires of his traveling companion, James Glasbrook. The itinerant from Bedfordshire informs Francis Asbury that the cope chest used to contain the ornate clerical robes of the Catholic clergy. Realizing the disappointment on the face of Francis Asbury, James Glasbrook directs his young itinerant toward the documents bin with the hinged wooden top. Inside this cabinet resides the Magna Carta.

Francis must have taken a deep breath as he stared at the lambskin document. The writing was undoubtedly familiar, but hard to read; Latin is the language of the document. Francis probably recognized a few of the words. However, it was most likely the funny little abbreviations of the medieval period which caught his attention. The archaic extra letters representing the “gh” and “th” sounds, the strong letter “s” which looks like the letter “f,” and the strange symbols used to save valuable space—parchment in the medieval days was expensive.

What Francis Asbury was viewing was the actual foundation of the ‘rule of law.’ The document signed at the side of the River Thames in the Runnymede Meadow west of London. It was here, not too far from Chertsey that King John and the Archbishop made the agreement. 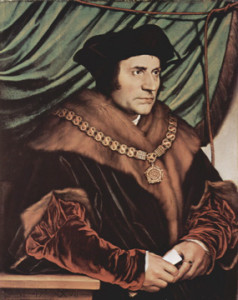 The Magna Carta owes its success to the wise Stephen Langton. His twenty-five years of study and lecture on the Bible afforded him quite the reputation with learned society. None in the Roman-influenced court were equal to his wisdom. His efforts caught the eye of the Pope. 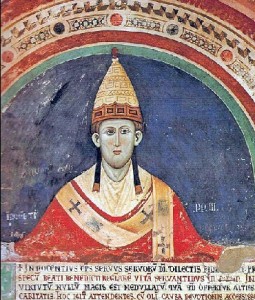 Did Langton side with the Pope? Were the King’s fears to materialize?

Interestingly, Stephen Langton chose to honor neither the King nor the Pope. Instead, he moved the argument in favor of the common law and the English people. His work clearly held two items in great regard: the Bible and the English constitution. Two items which inescapably link. More precisely, Stephen Langton was urging King John to return to the principles of the Bible and the ancient rights of Englishmen, as expressed in the Charter of Liberties by the King who preceded King John, King Henry the First. Stephen Langton knew that without the Bible, there are no concepts of human rights and liberty.

The rule of law inextricably links with the Bible.

It is the Bible which births the wisdom found in Stephen Langton’s great charter. Before the Magna Carta, widows and daughters of deceased barons were sold by the King for marriage and for monetary considerations. These actions were in sharp contrast to reality- are not the stars and planets applicable to everyone? Can anyone escape them? Then neither can anyone escape the universality of the Bible.

Despite the wisdom of the Magna Carta, none of it stands without the influence of the Bible.

To put it another way, though good laws do well, good men do better.

It was the 19th-century Massachusetts congressman, Robert Charles Winthrop, who noted the following:

Congressman Winthrop’s words are not only powerful; they link directly to the Founding Fathers of America and to ultimately, the Magna Carta.

Many of America’s Founding Fathers were of the opinion that anything other than law which sources from the God of the Bible is a sophisticated form of idol worship, expecting saving by that which is created by man. Their cry was consistent: Shall we bow down and worship a carved idol?

The exposure to the Magna Carta must have been an enlightening experience for Francis Asbury. Undoubtedly, his love of history must have fostered an excitement that touched something deeper. At least that is how Al DeFilippo has written it in, Black Country.

Francis Asbury’s strong yearnings for context, the why’s of life, the blueprint and original intents of creation, must have brought a sense of fulfillment as he considered details of the Magna Carta. Ultimately, Francis Asbury must have departed the musty, muniment room upstairs with a deep appreciation for the governing principles found not only in the Magna Carta, but also more importantly in the Bible.