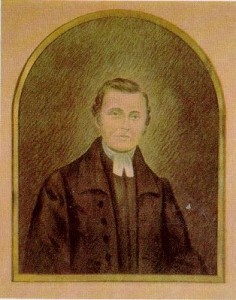 I recently came across an interesting post about the Philip Embury Bible which is at the John Street Church in New York City. I would love to repost the interesting article written by J.R. Wesley Weir. He is a noted historian in Ireland. Mr. Weir and I have corresponded much in my writing of the opening book in The Asbury Triptych Series, Black Country. It was Mr. Weir’s pamphlet on Robert Strawbridge which shed much light on the Strawbridge’s life. As you may know, Robert Strawbridge, like Philip Embury, was a Palatine who resided in Ireland. For more on this interesting history, please see my post, “What the heck?” a funny post on Philip Embury and Barbara Heck. 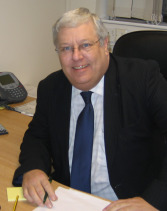 Philip Embury was a leading member of a Palatine community who lived in County Limerick. They were influenced to become Methodists by John Wesley and his preachers and In 1758 he too was appointed as a local preacher.

Embury brought the Bible with him when several Palatine families migrated to America on 2nd June 1760. Six years later he was responsible for the introduction of Methodism into New York – a marginal note stands beside a text [Hosea 10:12] relating to the first sermon preached in John Street Church.

His Bible was a late edition of the ‘Geneva Bible’ which preceded the King James version by some decades. On the title page is ‘Imprinted at London by Robert Barker, Printer to the King’s most Excellent Majesty, 1611.’

A young preacher, Fitch Reed, became friends with Samuel Embury, a son of Philip’s, whilst he was serving on the Durham circuit in Canada. Reed was initially permitted to use the Bible and then to purchase it. Later he presented it to John Street.